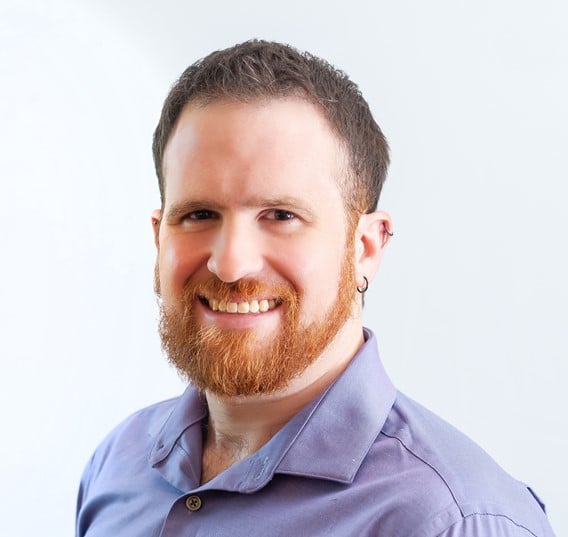 Following on from episode one where we talked about MapOne, this episode of The Late Night Brew uncovers the key differences in transformation roadmaps between MapOne and MapTo.

Robert Buktenica: Hello, everyone, and welcome to another episode of The Late Night Brew where we talk the brews first, and then we get around to the other stuff. I’m Robert Buktenica, also known as Buk. As always, your host, and with me again for this series, third episode, is Lee Foster. Welcome back, buddy.

Lee Foster: Good day, Buk. What does your shirt say there? Mother what?

Lee: Mother Road, check that out.

Robert: I know you were hoping for something else.

Robert: It’s brilliant. Now, last episode, you gave me a brew owe you. Now are you willing to pay up?

Lee: Absolutely, mate. If you want me to go first, this is our local– In Brookvale where I live, there’s loads of little microbreweries. This is a Balter XPA.

Lee: They do an IPA, which is really hoppy. This has got a really fresh taste to it, extra pale ale, really beautiful. That’s one of my favorite little breweries, so that’s what I’m on.

Robert: I discovered XPAs in the last year, and they’re awesome, so I appreciate that. I’ve got a IPA actually from Heretic, not the best name in my opinion. Making me feel guilty again, but it’s overplayed at this point. It’s how I feel, so what are you going to do?

Robert: Now, last episode, to recap, we talked about MapOne. This one, we are on the MapTwo.

What is a MapTo looking to accomplish?

Robert: What is a MapTo?

Lee: Awesome. The names can be a little bit MapOne, MapTo. MapTo is all about providing a roadmap of how you get from A to B. Whatever A or B is, it’s a transformation roadmap.

How is it different than MapOne?

Lee: The main differentiator is it’s not all about the art of possible. An organisation knows what they’re doing. Think of merger, acquisition, divestiture. It’s what we see go almost very commonly. Let’s say they’re always very common, and we see the issues with those types of acquisitions and divestitures. They bring two businesses together, and they leave them to operate in silos. The end-user experience is really poor. I’ve got to try and collaborate with Bucky’s in a different business and do all these things, and it’s really difficult to just get work done.

The second version of that is people try to make that experience a little bit better, and the end-user experience is still terrible. They try and make some collaboration improvements, but it’s still not great. Very, very rarely, though, did I step back and say “actually, let’s look at this. Go slow to go fast. Let’s look at actually how we do bring these two businesses together or separate them if that’s the intent.” The whole MapTo premise will help you step back focusing on what needs to be done and really hone in on the end-user.

Lee: What does an end-user experience need to look like? How does Buk, in this instance, need to work before this acquisition or divestiture, during and after? How do we make that experience seamless and continuously get work done? That’s the intent. It’s to take away all the science and all of the guesswork around making organisations collaborate together and delivering a plan for execution.

Robert: Brilliant. Now that sounds complicated because we all know tenant-to-tenant mergers, acquisitions, divestitures. Those are messy.

What is involved? (Also how long)

Robert: How long is a MapTo going to take approximately?

Lee: The million-dollar question, and a difficult one to answer. Again, it depends on two levels of complexity. It does depend on– and I hate answering a question with it depends, but largely, the duration is determined by the level of technical complexity involved, but more importantly, the level of organisational complexity, red tape, and everything else. Do these organisations really want to work together?

If it’s a hostile takeover, there’s often like, “I don’t really care about these people.” It’s like, “Well, you have to work with these people.” That’s organisational complexity. We have to navigate and that can really stretch out in engagement. Either way, these engagements aren’t months. They’re weeks. It’s still not months of work to get to a transformation plan. It is still measured in weeks, but it can be anywhere from eight to ten weeks. Then I am talking months into two to three months, but I’m not talking like one of the big four consulting businesses to 6, 12, 18 months to arrive at that. All right, so that’s typically what we see.

Robert: All right, well, that’s good. I can imagine that some of those politics to navigate can make for an interesting deployment and process.

Lee: Yes, absolutely. Often there are persona types within organisation that have certain ways of doing work that they don’t fully understand or want to invest the time to understand, but there’s a misconception that that group of people, they can be ultimately responsible for a huge chunk of the business’ revenue. The way that they’re inefficient in working is hampering their ability to recognize that revenue. Going through this process is” did you know that Buk’s team are responsible for this amount of revenue within your organization?” “Yes, kind of, sort of, but that can’t really put a pin in it.” We need to make sure that that user experience is one of the top personas. It’s flawless.

Robert: That’s very interesting to know, and unfortunately, once again, that makes up all of our time. Lee, appreciate it.

Robert: You’re going to be in charge of intro music if you keep that up.

Robert: Next episode, we are going to wrap up these advisory services on everything and come to the much-interesting conclusions. Thank you, Lee. Once again, I hope everyone enjoyed. Stay tuned for the next episode. Until then, cheers.

Next Episode: The Late Night Brew – How well does this “Map” thing even work anyway?

XDR vs EDR vs SOAR vs SIEM: What’s the Difference?

XDR, EDR, SOAR, SIEM share similarities, but each has distinct differences. Learn what each offers for help deciding which to deploy in your organisation.

Delving into the when, why and why not of Citrix UPM and FSLogix Profile Containers

What is Ansible Builder? Take a look at this introduction to Ansible to find out!

Discover how organisations can safeguard its IT operations in the light of The Great Resignation.

Understand the key considerations that should be checked off before, during, and after your next email archive migration project.

Imagine a business which exists to help IT Partners & Vendors grow and thrive.

Insentra is a 100% channel business. This means we provide a range of Advisory, Professional and Managed IT services exclusively for and through our Partners.

Our #PartnerObsessed business model achieves powerful results for our Partners and their Clients with our crew’s deep expertise and specialised knowledge.

We love what we do and are driven by a relentless determination to deliver exceptional service excellence.

SYDNEY, WEDNESDAY 20TH APRIL 2022 – We are proud to announce that Insentra has achieved the  ISO 27001 Certification.