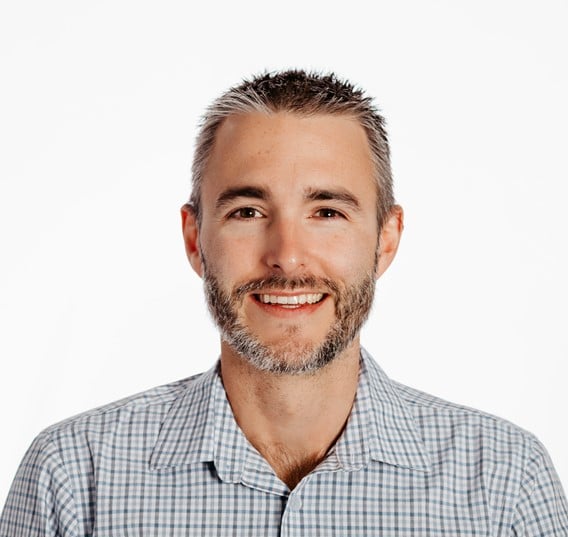 The Evolution of Citrix Machine Creation Services with Microsoft Azure

In this blog we are tracking the progress of Citrix MCS and Microsoft Azure.

There is a lot of constant improvement being executed by the MCS team at Citrix, the release cadence is impressive and the feature enhancements significant. I spend a lot of time in Microsoft Azure with Citrix Cloud with a lot of happy clients. I thought it would be worth to keep a rolling tally of new features with MCS and how it relates to Azure, so we don’t lose sight of how much value add is provided.

I will do my best to maintain this list as and when features come out, as well as some commentary around their value where I can. It is important to be across the options when designing your delivery platform on Azure, many changes have a direct implication on the ongoing operational costs associated with running workloads on/in Azure, as well as availability and global deployment options. Looking at what we have now, vs what was available 12 months ago, many designs and deployments would look remarkably different.

Be wary of cost implications associated with persistent OS disks

Only machines you add to the catalogue later are created using the new image or template. We do not roll out the update to existing machines in the catalogue This is significant given the previous method wasn’t easily understood for those not in bed with PowerShell

Detail: Citrix added an option, Use a host group, to the Machine Catalogue Setup > Master Image page of the Full Configuration management interface. The option lets clients specify which host group they want to use when provisioning VMs in Azure environments

Detail: A machine catalogue can now be bound to a Workspace Environment Management configuration set on creation. Customers can also choose to bind the catalogue after they create the catalogue.

Whilst not specifically an MCS feature, it is an enhancement that MCS will consume, so it makes the list of goodies.

Detail: Change details associated with catalogue updates can now be added via PowerShell using the masterImageNote attribute. This functionality is useful for administrators who want to add descriptive labels when updating an image used by a catalogue.

Hopefully this lands in the GUI shortly for general consumption

Detail: Clients can now use the same resource group for updating and creating catalogues in the Citrix Virtual Apps and Desktops Service. This process:

Detail: You can display information for an Azure VM, OS disk, snapshot and gallery image definition. This information is displayed for resources on the master image when a machine catalogue is assigned. Use this functionality to view and select either a Linux or Windows image

Detail: Citrix added an identity type, Non-domain-joined, to the Machine Catalogue Setup > Machine Identities page of the Full Configuration management interface. With this identity type, MCS can create machines that are not joined to any domain

Feature:Support for using a machine profile when deploying MCS workloads in Azure

This is awesome. If you have needed to implement my Accelerated Networking scripts, then consider using this feature instead

Detail: In the Full Configuration management interface, when creating an MCS catalogue, you can now select the storage type for the write-back cache disk. Available storage types include Premium SSD, Standard SSD, and Standard HDD

Detail: When creating a machine catalogue, you can now access images from the Azure Shared Image Gallery on the Master Image screen

Feature: Always use standard SSD for an identity disk to reduce cost in Azure environments

Detail: Previously, PowerShell was the only choice to provision machines into a specific Availability Zone in Azure environments.

When using Studio to create a machine catalogue, you can now select one or more Availability Zones into which you want to provision machines. If no zones are specified, Machine Creation Services (MCS) lets Azure place the machines within the region. If more than one zone is specified, MCS randomly distributes the machines across them

Ephemeral OS disks require that your provisioning scheme use managed disks and a Shared Image Gallery.

Detail: MCS I/O now supports machine catalogue creation for VMs which do not have temporary disks or attached storage

Detail: You can now provision a Gen2 VM catalogue by using either a Gen2 snapshot or a Gen 2 managed disk to improve boot time performance

Feature: Use a client-managed encryption key to encrypt data on machines

Detail: Studio adds a setting called Client-managed encryption key to the Machine Catalogue Setup > Disk Settings page. The setting lets you choose whether to encrypt data on the machines to be provisioned in the catalogue

A pre-configured Azure host group, in the region of the hosting unit, is required when using the HostGroupId parameter. Also, Azure auto-placement is required.

When using Azure dedicated hosts, selecting the Azure Availability Zone has no effect. The virtual machine is placed by the Azure auto-placement process.

Detail: Citrix Virtual Apps and Desktops service supports client-managed encryption keys for Azure managed disks. With this support you can manage your organisational and compliance requirements by encrypting the managed disks of your machine catalogue using your own encryption key

Detail: You can now provision machines into a specific availability zone in Azure environments. With this functionality You can specify one or multiple Availability Zones on Azure. Machines are nominally equally distributed across all provided zones if more than one zone is provided the virtual machine and the corresponding disk are placed in the specified zone (or zones).

Detail: Citrix Virtual Apps and Desktops service supports Azure Shared Image Gallery as a published image repository for MCS provisioned machines in Azure. Administrators have the option of storing an image in the gallery to accelerate the creation and hydration of OS disks. This process imp.roves the boot and application launch times for non-persistent VMs

Detail: Studio now provides you an option to place master images in Azure Shared Image Gallery (SIG). SIG is a repository for managing and sharing images. It lets you make your images available throughout your organisation.

Detail: Studio now lets you control whether to retain system disks for VDAs during power cycles. Ordinarily, the system disk is deleted on shutdown and recreated on start-up. This ensures the disk is always in a clean state however results in longer VM restart times. If system writes are redirected to the cache and written back to the cache disk, the system disk remains unchanged.

To avoid unnecessary disk recreation, use the Retain system disk during power cycles option, available on the Machine Catalogue Setup > Disk Settings page. Enabling the option reduces VM restart times but increases your storage costs. The option can be useful in scenarios where an environment contains workloads with sensitive restart times

Details: Citrix Virtual Apps and Desktops service supports Azure Shared Image Gallery as a published image repository for MCS provisioned machines in Azure. Administrators have the option of storing an image in the gallery to accelerate the creation and hydration of OS disks from the master image. This process improves the boot and application launch times for non-persistent VMs

Details: Direct upload eliminates the need to attach an empty managed disk to a virtual machine. Directly uploading to an Azure managed disk simplifies the workflow by enabling you to copy an on-premises VHD directly for use as a managed disk. Supported managed disks include Standard HDD, Standard SSD and Premium SSD.

Details: You can now create and use a single Azure resource group for updating and creating catalogues in Citrix Virtual Apps and Desktops. This enhancement applies to both the full scope and narrow scope service principals. The previous limit of 240 VMs per 800 managed disks per Azure Resource Group has been removed. There is no longer a limit on the number of virtual machines, managed disks, snapshots, and images per Azure Resource Group

Details: This release adds support for the NV v4 and the DA v4 series of AMD machines, when configuring Premium Disks for a machine catalogue.

Details: This release supports improved boot performance for Citrix Cloud implementations using Azure when MCSIO is enabled. With this support, you can retain the system disk. This provides the following advantages:

This blog was originally published on jkindon.com and reposted here with permission.

Has your company removed all unwanted message data?

Working with a client recently an issue was noted when performing a content search within Microsoft’s Compliance Centre. Inactive mailboxes that were thought to be

One of the features from the Microsoft 365 (M365) Information Protection stack is “Sensitivity Labels”. It is essentially a method to enable users to classify the content being produced by assigning a label.

One of the features from the Microsoft 365 (M365) Information Protection stack is “Sensitivity Labels”.